We recently launched a phone hotline campaign for Republic Records artist James Bay.  Fans who preserved his upcoming single "Chew On My Heart" were able to call the hotline to preview the song before it was released at 607-600-2439 (we also provided a UK-based number as well for his British fans). Fans were also able to leave a message for James with their reaction to his new single. This is a great example of combining a phone hotline with a Spotify activation to encourage fans to connect with an artist!  Our presave platform, for example, has the ability to require users to presave before they can connect on the phone! 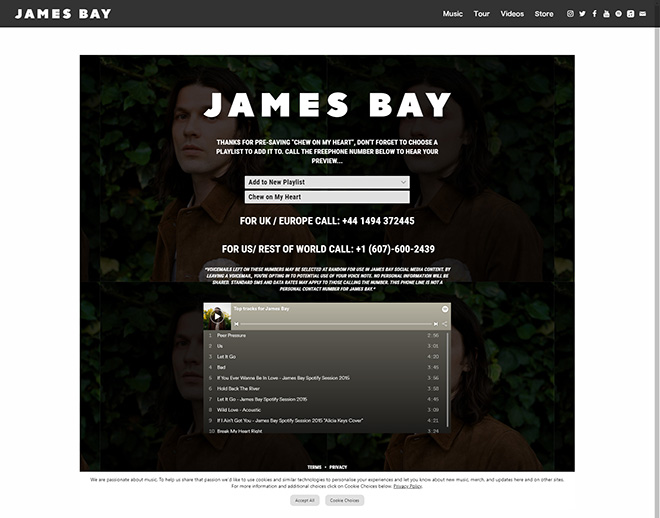 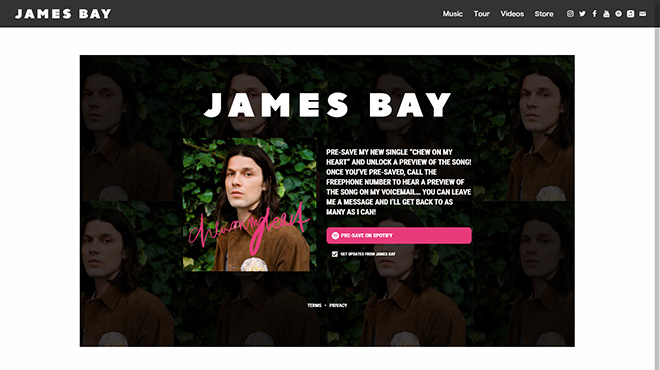