On March 7, EDM artist Diplo decided to surprise fans with a "secret" popup show somewhere in London.  Using text (SMS) marketing, Diplo's label, together with Diplo, released a London-based phone number (+44 7723-558347) that fans could text and subscribe to in order to get the location of the popup show about 2 hours before the event. Diplo promoted the number via his socials, as did his label Parlophone.  Fans would text the number and give Diplo permission via our SMS platform to send them an alert right before the show.  Two hours before the show, we send out an SMS blast with the previously undisclosed location. 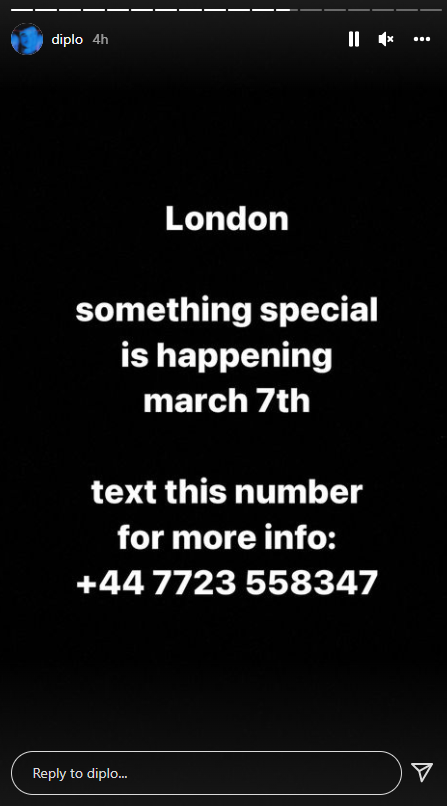 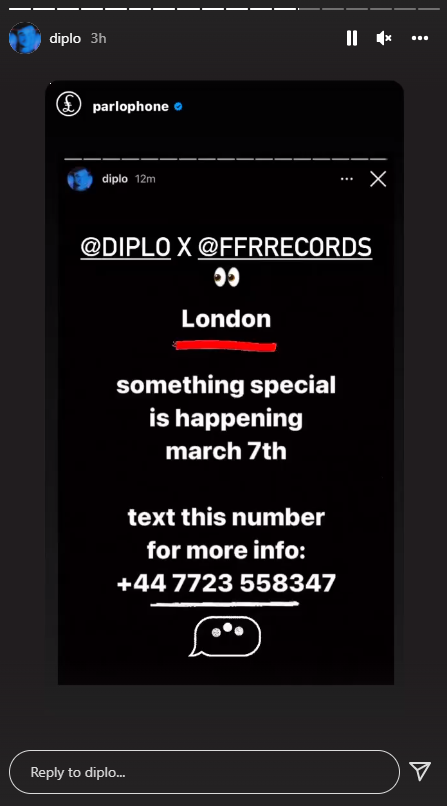