We recently design and deployed two (2) Facebook applications for Sony Music in South America (Chile and Argentina). As part of a campaign to promote the release of One Direction’s new album, both countries launched a “Bring Me to 1D Scavenger Hunt” Facebook application that allowed fans to collect codes (distributed via radio, social media, TV, video and other outlets) and enter for a chance to win a flyaway to New York to see the band in concert. The fan who collected the most codes in each country won.

Application Success Metrics:
The campaign was one of the most successful we have done in this part of the world. Surprising booth countries had similar success metrics, each with about 10,000 –  11,000 users (each had to permission the Facebook application in order to enter).  Because of the nature of the application (scavenger hunt that required updates from the Client) and the design of our application (by default opt-in was checked), both application enjoyed a very high opt-in rate (95% and 92% respectively). If you dig into the functionality of the application, the results are even more impressive. Each time a code was redeemed, the application would prompt the user to share a message on their Facebook wall, so with 140K and 300K code redeemed, with as many as 50% of users following through and sharing the message (assuming it was part of the redemption process).

Follow Up Marketing Campaign:
After the promotion, both countries decided to message the fans to promote pre-sales events and efforts for the new One Direction album.  We convinced them to allow us to drive the marketing effort using our own internal email CRM tool (which cost a fraction of MailChimp, Campaign Manager, i.e. with actual bandwidth cost as low as $1 per 10,000 emails vs $150 or $200 on other systems). As part of the marketing effort we did the following:

Email Effort and Response:
We send out approximately 10,000 emails for each of the countries, with very similar results.  Both had about an 8% bounce rate and a 1.5% open rate. Keep in mind, all of these emails were gathered automatically from Facebook (users opted in to receive updates from the client). 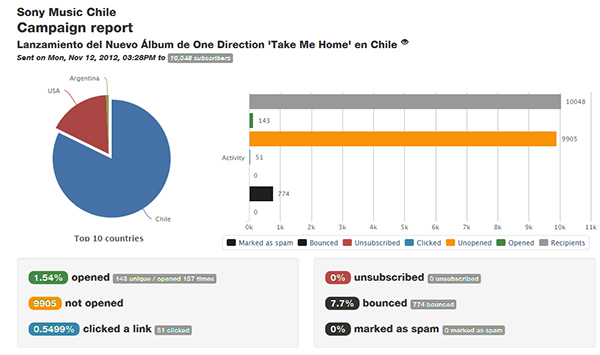 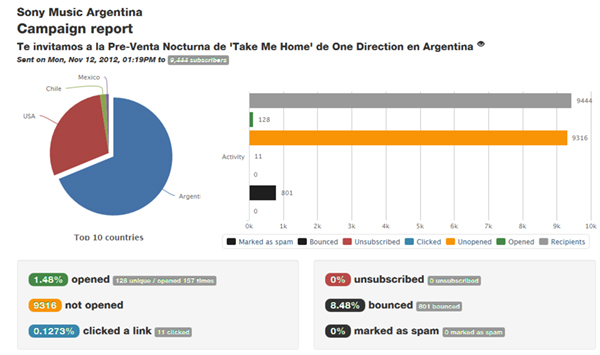 Our Amazon SES dashboard supported the above numbers so we knew that emails were successfully sent out and not blocked or rejected. 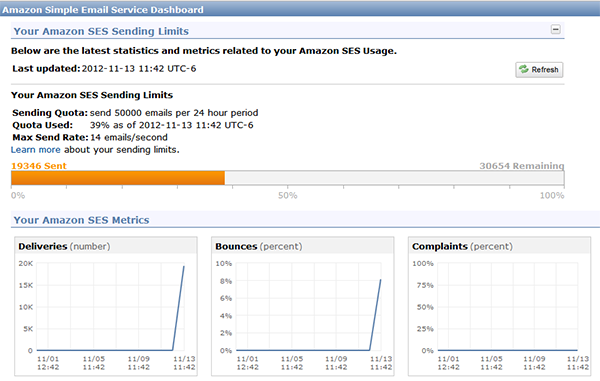 Facebook In-Application Notification and Results
Early adopters of Facebook may remember the notification feature. It was done away with as the Facebook API progress but was recently reintroduced. Basically it allows the application to send a free-form messages (and link) to users to reengage them as long as they have permissioned the application.

As part of the campaign, we send out notification to all users of both application. Our current solution doesn’t yet not track the notification success rate but we estimate it was close to 95% (only users who unauthorized the application are inaccessible). The results are staggering when compared to email.

Basically with notification, for Chile we had a 65% “Open Rate” and 46% “Click Through Rate”. In all fairness, since the only way to see the message was to click through, 46% is more accurately the effective “Open Rate”, but still a lot better than 1.5%f or email. Equally impressive results for Argentina, which netted a 39% open rate. 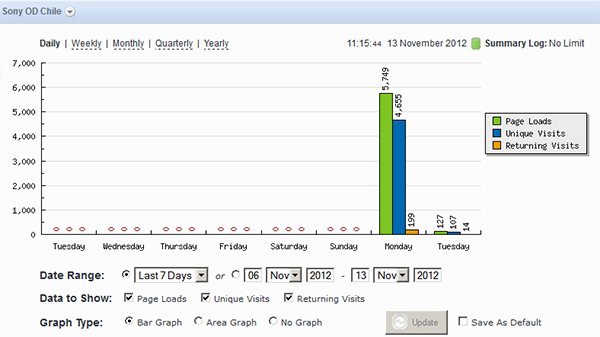 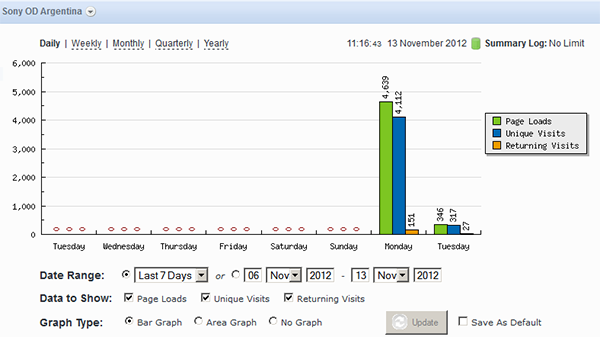 The bottom line results were equally impressive. The Chilean landing page featured a pre-order for the new album (link) and here are the results (6K clicks on Nov 12, 2012).  The Argentinean landing page encouraged fans to go to a local release event and had over 1,500 fans in attendance and sold 1,000 albums in the first hour of the event.