We recently launched a petition campaign for client MTO. The idea was to create a site that allowed users to petition the Olympic Committee (IOC) to reinstate Nation American Olympian as the sole winner of this event in the 1912 Olympics.  You can check out the microsite at: https://brightpathstrong.com/petition

Users are able to enter their name and optionally location to be included in the petition. Users were also encouraged to share the petition after they signed it. 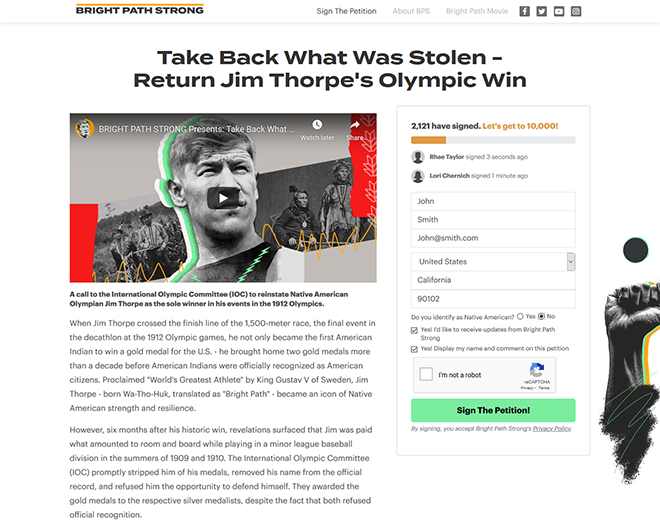 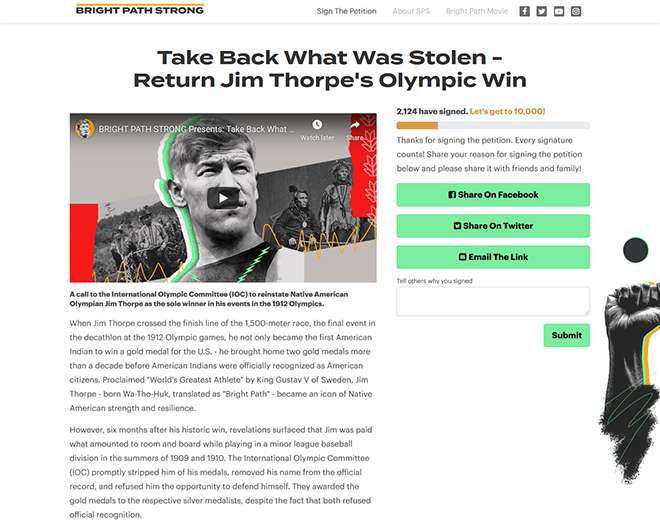 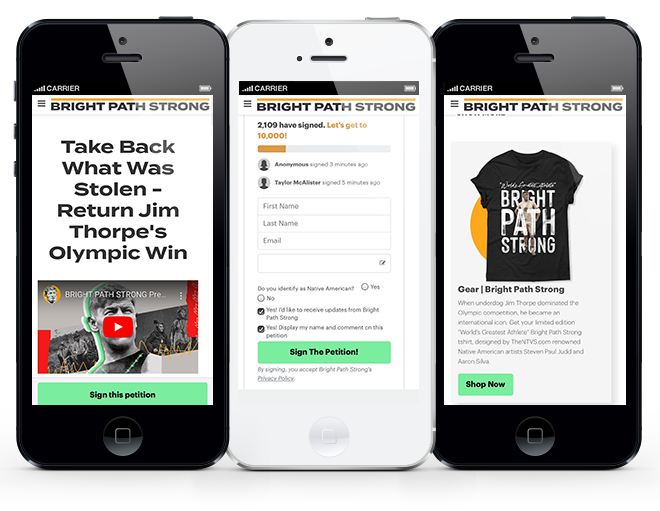