Irish alternative pop band Picture This just announced their Troublemaker Hotline at  (904) TRB-LMKR (or 904-872-5657). Given the band's origins, the hotline is also available locally in Ireland at +353 1 436 2479, except the Irish version, running on the same Metablocks platform, has a British accent to match.  The idea is to allow fans to call in and share their "trouble" for a chance to have the band feature their stories on social media!  As the band puts it: "We have created a hotline which is now taking voicemails! We want to hear your stories of a time you got into trouble - it can be a prank you played on your family or some fun you had with friends. We will be reacting and responding to as many of you as we can!" 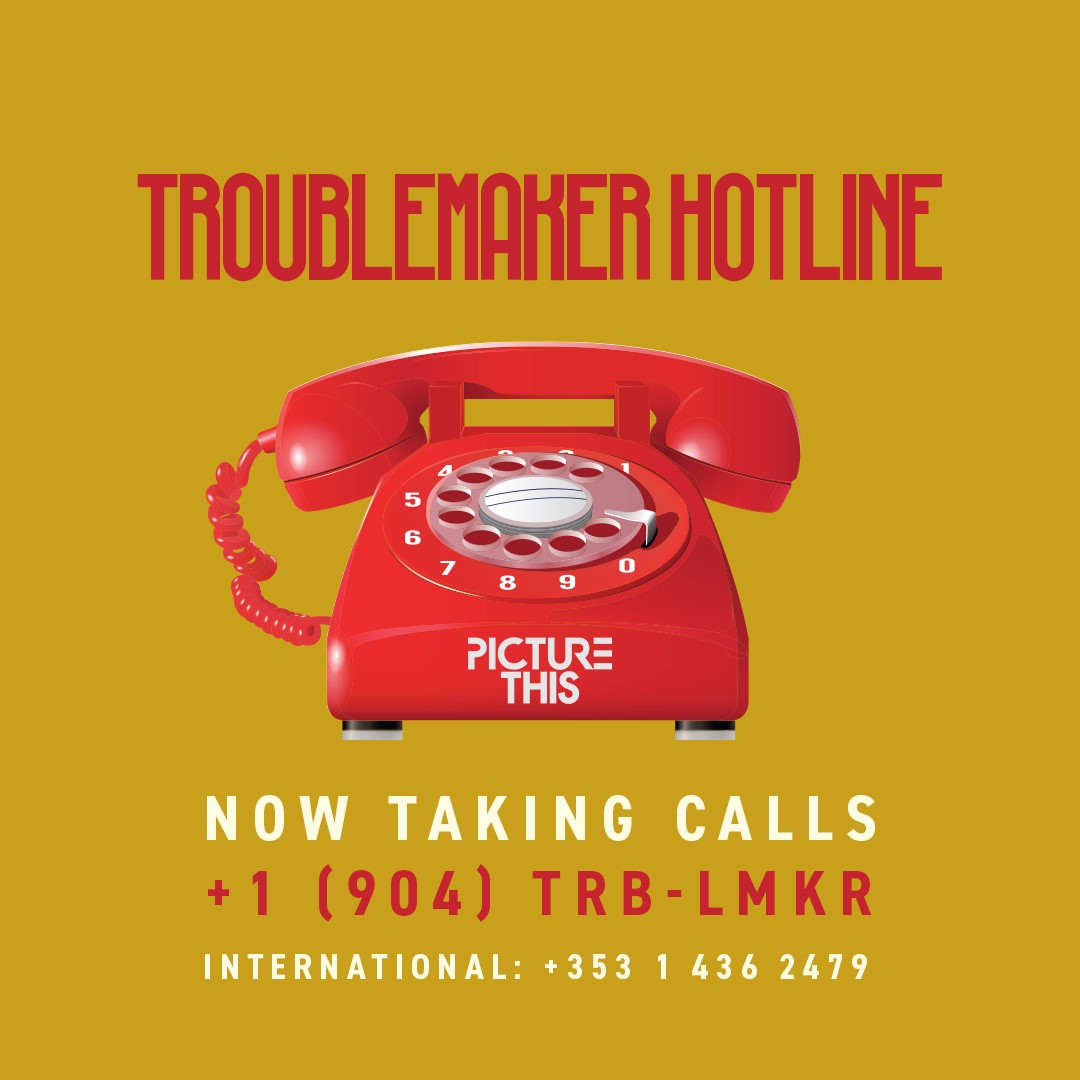